From Music to Motorsports: The Story of Yamaha Motor Company 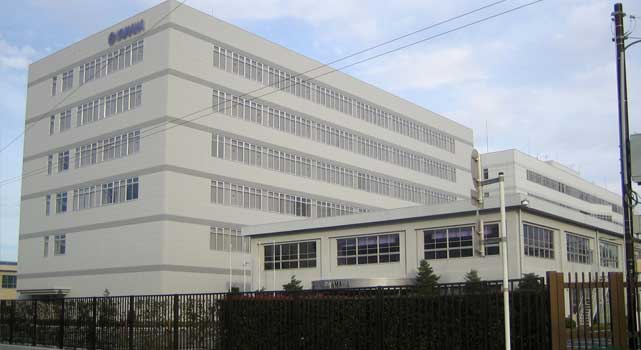 Yamaha Corporation is a Japanese keiretsu (conglomerate) known globally as a manufacturer of musical instruments, electronics and pro audio equipment, powersports vehicles, personal watercraft, and automotive engines. They are the world’s second largest producer of motorcycles (after Honda) and, in 2017, the company earned a record ¥101.6 billion in annual profits, which converts to a total of $924,052,000 in US Dollars. 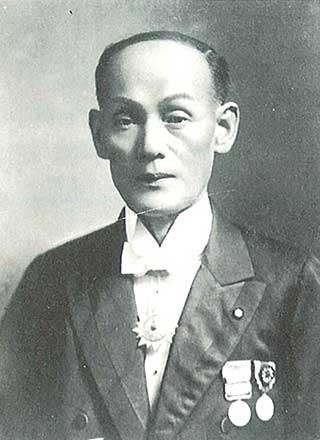 Before Yamaha became such a dominant force in both motorsports and the global economy, the company began as a small and modest builder of pianos and reed organs located in Hamamatsu, Shizuoka Prefecture. Company founder Torakusu Yamaha was a musical instrument repairman and is credited in Japanese history as the father of Western musical instruments. Yamaha made a name for itself by offering inexpensive alternatives of popular European and American musical instruments.  Guitars, basses, drums, keyboards, and orchestral instruments were soon added to the product lineup and in a short amount of time, the quality of the Japanese instruments exceeded those of their more famous Western counterparts and became the preferred choice of musicians and artists all across the world. However, musical instruments were only the beginning of Yamaha’s international ascension in the consumer product market. Like Japan’s other major keiretsu Mitsubishi, Suzuki, and Honda, Yamaha would go on to venture into various unrelated business markets and find new opportunities far outside the field of musical instruments. 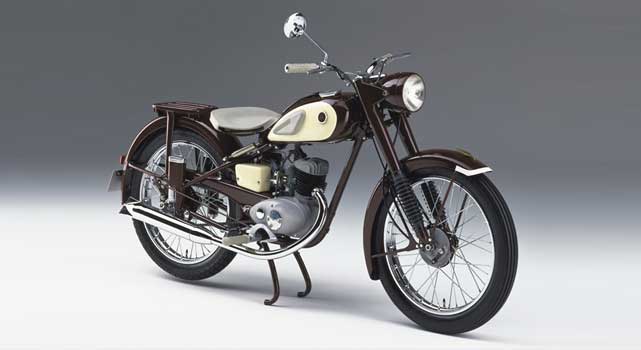 In 1955, Yamaha president  Genichi Kawakami restructured the company’s defunct World War II aircraft factories to produce a brand new series of motorcycles modeled after Germany’s DKW RT125 125cc, two-stroke street bike. It was called the YA-1 Akatombo (Red Dragonfly), named in honor of the company founder. The sales success of the YA-1 led to this new division, now called Yamaha Motor Company, to be the first independent offshoot of the original Yamaha Corporation. 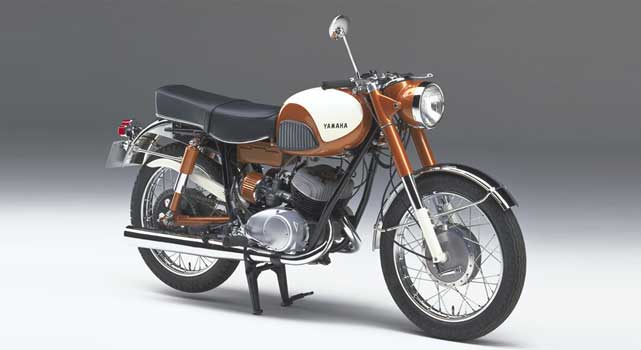 As popular as the YA-1 was in sales, it was also just as impressive on the motorcycle racing circuit. In 1956, Yamaha entered the Catalina Grand Prix and placed 6th. Yamaha continued to develop and refine the YA-1 with the  YA-2 and YD-1 in 1957 but the next evolution in Yamaha motorcycles was the YDS-1, a high-performance variant of the YD-1 featuring a 250cc two-stroke twin cylinder engine, double downtime cradle frame, and Japan’s first-ever 5-speed motorcycle transmission. 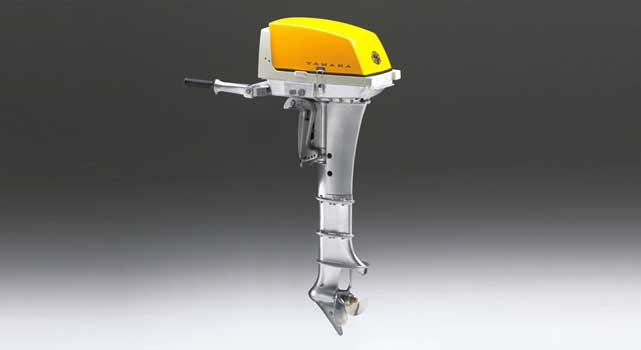 In the Spring of 1958, Yamaha built their very first outboard marine engine prototype. As Yamaha did not have any experienced outboard motor technicians, these engines were developed on a trial-and-error basis. This ideology is known internally as the Yamaha " Spirit of Challenge."  It is the corporate motto and mantra that acts as the heart of every Yamaha technological and engineering innovation. The Spirit of Challenge helped create the consumer-market P-7, which was heavily influenced by the engine from the YA-1. Their next effort came in 1961; the P-3 was a smaller, 63cc air-cooled 2-stroke outboard that was good for 3 horsepower. The P-3 quickly earned a strong reputation and was very much in demand by local fishermen. 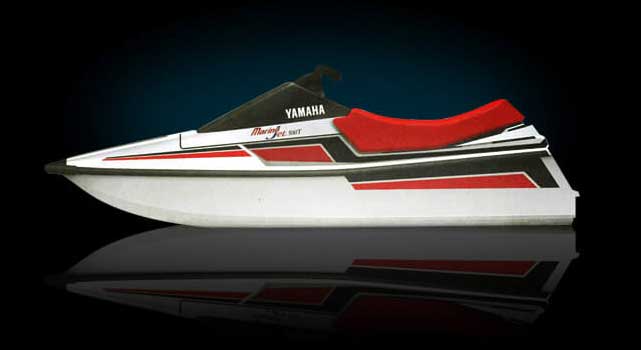 Yamaha’s experience in marine engine manufacturing would lead them to revolutionize the personal watercraft market in 1986 with the debut of  the original Yamaha WaveRunner 500. A rival to Kawasaki’s Jet Ski, the Yamaha WaveRunner is the #1 choice of recreational watercraft rentals in America. Yamaha WaveRunners are engineered to withstand the abuse of extreme marine environments and are well-known for their rock-solid reliability and exhilarating performance. 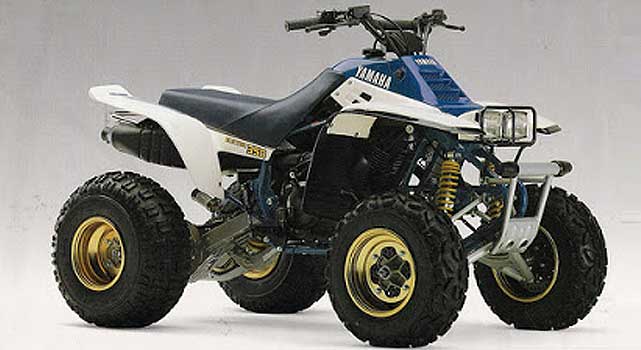 Throughout the 1980s, Yamaha answered the growing demand for off-road ATVs with such iconic models as the  1985 YFM200 Moto-4 and Tri-Z 250 but in 1987, Yamaha struck gold with the release of the Warrior 350. The Warrior 350 was not only the first ATV to feature electric start, it was also the best-selling ATV model of all-time. High-performance features include a 350cc 4-stroke engine, 6-speed transmission with reverse, adjustable long-travel suspension, and hydraulic front and rear disc brakes. 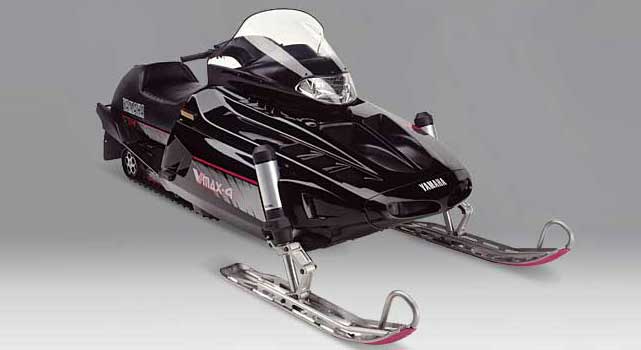 1992 saw the birth of the first “muscle sled”, the Yamaha Vmax-4 snowmobile. Inspired by the 1985 V-Max 1200 power cruiser, the Vmax-4 snowmobile succeeded the SRX as the new high-performance racing snowmobile model. It used a 135 horsepower 743cc inline 4-cylinder engine that hurtled the sled through the quarter mile at 11.8 seconds with a speed of 102 MPH. Those are performance figures that obliterated many dedicated sports cars of the day, as well as the present!

Yamaha took their motorcycle and snowmobile racing knowledge and applied it to their famous WaveRunner personal watercraft.  In 2002, they released the FX140 to the public, the world’s first high-performance personal watercraft vehicle with a 4-stroke engine. The FX140 came at just the right time as Jet Skis and WaveRunners were beginning to see increasing popularity in marine racing applications. 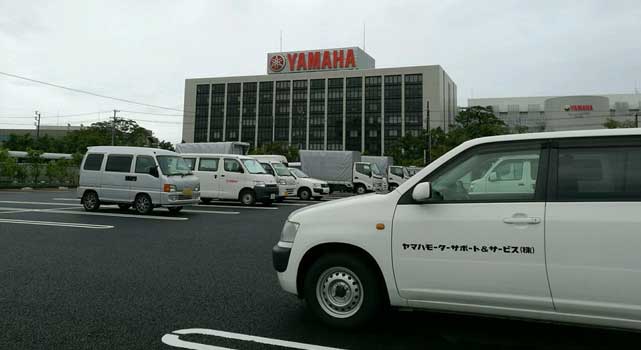 In 2009, Yamaha Marine joined the Yamaha Motor Company and in the following year, the company’s longstanding history in motorsports paid off with a  MotoGP Triple Crown victory in the manufacturer, team, and rider categories. Today, over 130 years since their inception, Yamaha stands as one of the world’s premier factory motorsports teams and a producer of some of the most extreme high-performance powersports machines on land, off-road, snow, and sea.

For the best deals on brand new, aftermarket replacement parts for your Yamaha high-performance powersports vehicle—whether it be  motorcycle or dirt bike, snowmobile, marine or personal watercraft—trust Discount Starter & Alternator.